Artist Profile: Branflakes.Art – Hands Down Some of the Most Creative, Spectacular Art Around 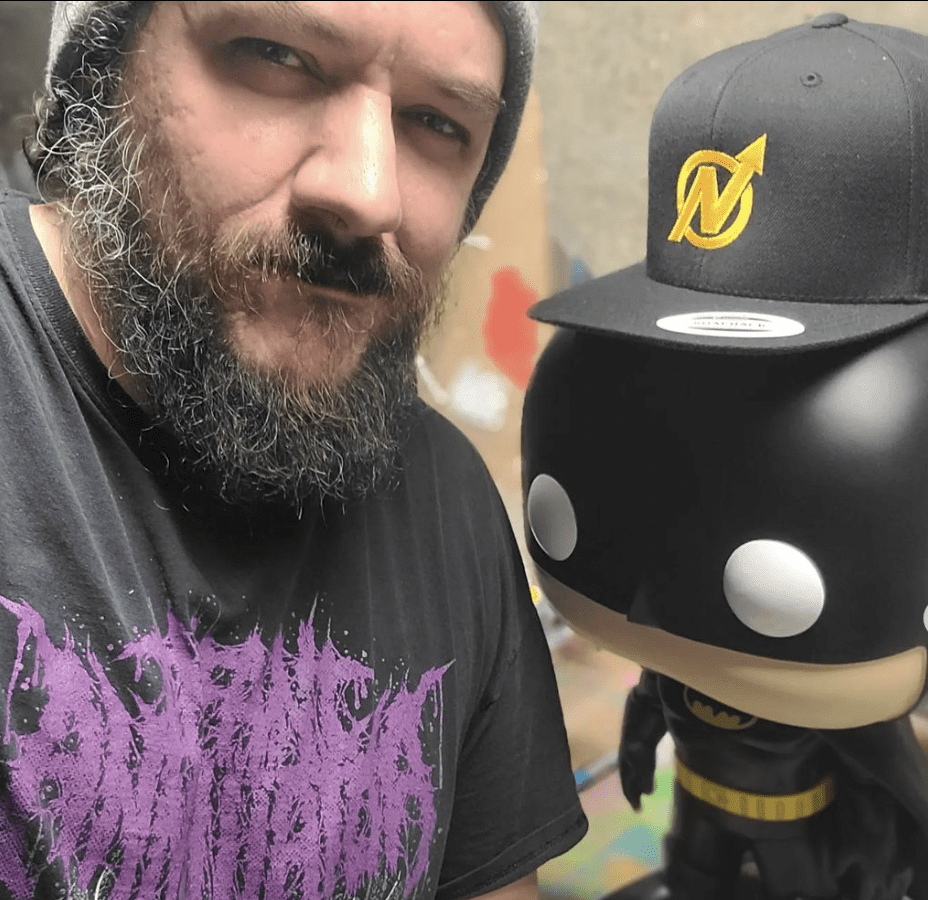 I still remember the time I stumbled upon Branflakes art on Instagram.

I was scrolling through my feed and these crazy, unique, pop Marvel pieces stopped me cold.

It was the kind of street, elevated art that I had been looking for and the talent, style and creativity hoked me instantly.

READ: Inside John Romita Jr. and Scott Hanna’s Personal Mission to Remark Every Copy of Spider-Man #36

I immediately contacted him and ordered a Miles Morales print, followed by an original art commission.

What I got in the mail just a couple weeks later would surpass any expectations. The attention to detail, the mixed media page, the Peter Porker remark — it was instantly one of the coolest pieces I owned.

I’ve since had the pleasure at gettin to know the man behind the art and so, we sat down with Branflakes to talk about his early days creating!

Nerd Initiative – How did you get into art? Do you have early memories creating when you were young?

Branflakes – I started collecting comics and playing DnD at around 8 years old.

The monsters manuals blew my mind. My favorite part of role playing was creating/Drawing my characters along with various beasties. Dragons, ogres, dwarfs, I was quite partial to the Tarrasque as well.

Who would you say we’re and are your artistic inspirations?

As a kid, I was immediately drawn to the works of Sam Kieth, Simon Bisley, Borris Vellejo, Whilce Portacio, Jae Lee, Dale Keown, and the ToddFather of course (to name just a few). Image was brand spanking new at the time and everything they produced had me hooked.

Jim Lee won my heart with Deathblow. It was just so dark! I can’t forget to give writer Brandon Choi some credit for Stormwatch, WildC.A.T.S., Wetworks, Deathblow  and Darker Image (I have every variant #sentimentalvalue).

I would have to say though, The Maxx, Pitt, and Cyberforce were probably the GOATs. Don’t get me wrong, Marvel and DC definitely had its moments. I’ve been working on a Thanos Piece so I dug out the old Infinity Gauntlet run to spark some inspiration. I had forgotten just how much this story meant to me. Then there is Lobo! What a fricken immortal bada$$!

It wasn’t until my college days in 2001 that I got obsessed with graffiti. I stumbled upon a website called “Art Crimes: the writing on the wall” created by Susan Farrell. It was anything and everything graffiti and I was obsessed.

I experimented with styles on local spots around campus until I got caught. My short lived adventure foiled by measly porta potty art which was traced back to my other shenanigans.  This almost got me removed from school. After that I mostly stuck to black books.

I may or may not have returned a few times overseas. Some tags in my Navy days. It wasn’t until nearly 20 years later it dawned on me to combine a sort of lowbrow comic style with what I like to call “Urban Contemporary” (a fun term I recently discovered). My last key element of inspiration of course being the music. There is never a dull moment on my playlists. Weaving through genres like death metal, hip hop, bluegrass, epic movie soundtracks (Hans Zimmer) and back again.

How did you start doing art involving superheroes?

Comics and DnD is where it all started. I would Flip through Monster Manuals and my favorite comics and just try to achieve that same feel.

Try to dissect and reverse engineer what these artists achieved. Destroying countless bricks of printer paper. Practice, practice, practice. There was no YouTube back then so it was all just kind of like shooting in the dark. This allowed me to find some of my own techniques in the process.

What are some of your favorite pieces you’ve created over the years or even now?

A lot of my favorite pieces were part of my college portfolio until it was stolen.

These days though, My favorite pieces are my more abstract ones. After learning basic fundamentals, its fun to kind of de-evolve and just let creativity take the wheel.

What do you love most about what you do and the art you make?

The freedom of creativity, Inspiring others. The hardest part of the process is starting it.

After time though, there is a moment when everything comes together. All the pieces start to fit. It is at this moment where the work starts to flow smoothly. This is where the fun begins. You’re kind of on autopilot watching this artwork make itself. That moment is the best feeling in the world.

What’s your creative process like? How do you come up with ideas!!

Sleep deprivation and malnutrition are key to the most vivid ideas (JK). Which is quite counterproductive being an avid weightlifter.

In all seriousness though. my best ideas always come at night when I should be sleeping.  When I find myself blocked I go back to the old comic collection and just start flipping through or browse social media.

My feed is 90% art, 10% funny dog videos. Once an idea has popped in my head, I’ll start a first draft for composition (usually on my wacom). First, gather all reference material needed. This sometimes means taking photos of myself attempting goofy ass poses.

Once I have my composition down, it’s time to perfect my line work. This line work will be transferred and further rendered over my already prepared final draft paper. Usually consisting of newspaper, comic panels mod podged over heavy duty acrylic paper.

I then like to add a first layer of what I refer to as trash tags. Like many walls of graffiti, you will find years of history painted over each other again and again. I try to mimic this feeling on paper. Layering graffiti and textures over and over. Then The line work is transferred over the top along with the actual words I want to be seen.

For more from Blanflakes, please visit his site and check out his ridiculous art!! 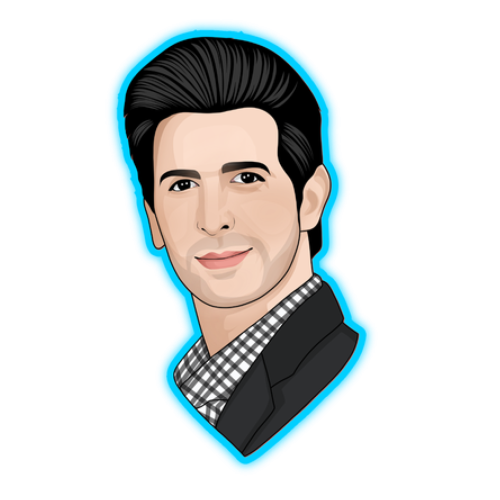