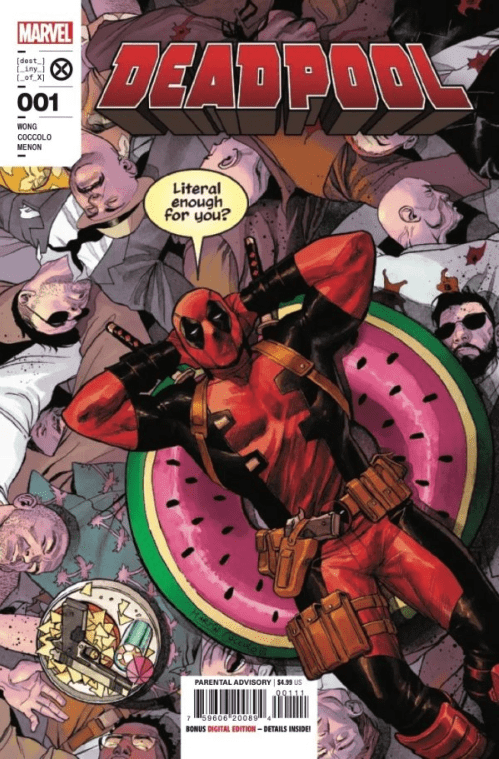 It’s a new month and with that, there’s a slew of new comic book runs coming out! Here are my top 3!

Wade Wilson is on a mission to make the title of worlds top assassin official, as he auditions to become a member of the elite group known as Atelier. In order to gain membership status Deadpool is given 48 hours to take out one of the world’s biggest super villains.
The only problem is he’s been kidnapped, and has…something…growing inside of him. Parental Advisory for this book because in the words of the writer, “It’s gunna get gross”

It’s a brand new era for Marvel’s First Family, and it’s already starting with trouble. Something in New York has taken a turn for the worse, And the Thing and Alicia are heading across the country to escape. Until they find themselves stuck in a time loop, that’s been going on for decades.

Writer Geoff Johns brings back the heroes of the Golden Age in the brand new Justice Society of America series in which a “long-lost” hero travels through time with a warning for our era. But they arrive too late, a new mysterious enemy has invaded the and corrupted the the entire history of the JSA and a new team must come together and put things right!

Justice Society of America #1 is flying into stores on November 29th.

You can find all of these and countless others at PREVIEWSworld.com