Captioned Life’s Sean Winningham on Conventions, Cosplay and Getting into Comics 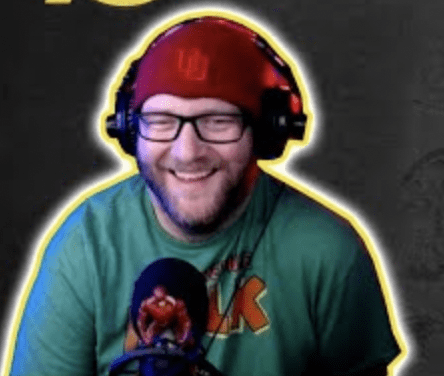 My name is Sean Wingham and I grew up loving superheroes and comics.

I always tell people on my podcast, The Captioned Life, that I have that my uncle was the one that got me into comics because he collected them ever since he was a kid. So, I remember going over to his house one day, he had boxes full of comics that I got to read, some of the original stories that came out back in the 50’s and 60’s.

Read: Peering Into the Life of an Everyday Gamer – It’s all about a ‘Solid Story’

I was one of those kids where I thought if I wore the Superman costume, that I could just go out, start flying around, you know, just like most of the kids that thought the same thing.

Growing up and being a professional and being an adult now, I have a podcast that I’ve been doing for a few years now, and part of the reason why I started it was I had just gotten back into comics. I got away from it when I was in high school. And about five, six years ago, I got Marvel Unlimited, which allows you to read like all the comics that they have, including the older ones in a digital format.

That’s what got me back into reading comics.

And so, the three hosts of the podcast had all talked about how much, we enjoyed comics, but we also talked about how there’s a lot of toxicity and negativity about representation in comics and fandom.

We started talking about how we wanted to be a voice where we encourage representation in comics – as being three white males.

And so the whole idea behind our show is to not only discuss those topics, but also bring people in to talk about the comics industry and talk about what they do and give them a platform and a voice on our show to be able to share that with the world as well.

So I’ve been doing that for a few years and I also recently found out, you know, what a Comic-Con was and found out that my home state actually had one for years, and I had no idea about that.

So I started going to that and, and I think this year is like the year I’ve been going to the most comic cons I’ve ever been to in my life. And so because of that, I learned about cosplay.

And so I’ve been getting into cosplay. I’ve just been immersing myself into this world that I really enjoyed when I was a kid. It’s not work at that point. It’s a passion, it’s a hobby, it’s whatever you wanna call it.

I really hope to be able to be a voice for people who love comics, who love these fandoms, but also wanna encourage, you know, the diverse representation and that the idea that comics is for everyone.

And it’s not just for a certain group of people.

‘The Orville’ Star Peter Macon on Bortus, Family and the Future of the Series!

Meet the Founders of Crafti Comics – A New Way to Slab Your Favorite Books!