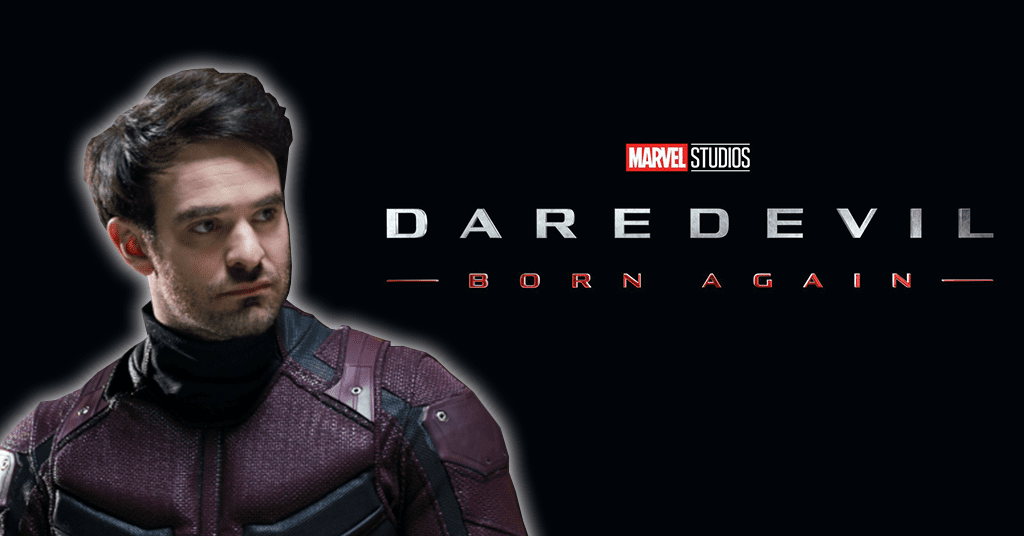 Over the weekend, Marvel Studios announced the new lineup for future films and shows in Phases 5 and 6. There were many reasons to be excited about these announcements; we got titles for the next two Avengers films, “Kang Dynasty” and “Secret Wars,” both coming out in 2025, a slew of release dates for previously announced titles, as well as new titles for rumored shows and films.

The weekend closed with a trailer for the much anticipated Black Panther sequel, “Wakanda Forever.”

In the midst of all of these announcements, however, there was one thing that was clear to me – Marvel Studios is using Daredevil as its new leader for the next 2 phases of the MCU.

At San Diego Comic-Con, Kevin Feige, President of Marvel Studios and Chief Creative Officer of Marvel Studios, announced that they are releasing an 18-episode series entitled “Daredevil: Born Again,” a title shared with a comic series run written by Frank Miller in the 1980s.

Personally, this is VERY interesting for a number of reasons. Given that this storyline was already semi-adapted in the third season of Daredevil when it was under Netflix, I’m curious to see what plans Feige has for this series.

I’m not one to speculate too much, but with this being the title of the series and how the series left off with Season 3, they’re going to explore Daredevil’s new place in Hell’s Kitchen after those events as well as “The Blip.” Another reason why I think this will be interesting is that we’ve already seen Matt Murdock and Wilson Fisk make their appearance in the main MCU (Spider-Man: No Way Home and Hawkeye, respectively), and the fact that they will also appear in Echo shows that they will have unfinished business (and maybe we will find out if Fisk bought the Avengers Tower in New York after all).

The 18-episode announcement is the greatest surprise of all. With few exceptions, most of the Marvel Studios’ Disney+ series have been 6 episodes, with WandaVision currently having the most with 9.

So for Marvel Studios to commit to an 18-episode series event is a major shift that shouldn’t be looked over. Feige has yet to explain why the series will be 18 episodes, but if it continues with the practice of releasing the episodes weekly, this will be a 4-month-long series.

Now, there could be a number of reasons why it is 18 episodes. I have two possible answers.

First, there’s the practical reason that the actor that plays the titular character, Charlie Cox, is now 40. So it’s clear that he may not be able to commit to playing the role of Daredevil for the next 10 years like Robert Downey Jr. and Chris Evans have with their characters. So they want to make sure they get as much material with their actor as possible with one of their most popular live-action characters in the Marvel Universe.

The second reason is the storytelling possibility of having Daredevil intertwine with many of the MCU characters and becoming the new leader of the MCU (maybe even the Avengers). With an 18-episode, potentially 4-month-long series, that’s an opportunity to have some of their properties overlap with films and other shows that sync up in action.

I think that really isn’t the case, but it definitely calls for a possibility. But I also think that Marvel Studios knows they have a great lineup of characters and villains with the Daredevil stories that they’ll be able to utilize in many ways, and they can potentially use Daredevil as the natural person to help lead the Avengers in the same way he was used to helping lead The Defenders.

Whether this is true or not, it is very clear that Marvel Studios have big plans for Daredevil. In addition to having his own series and appearing in Echo, he is also showing up in the upcoming series She-Hulk: Attorney At Law.

Since Phase 3 has ended, we haven’t seen a character that has appeared or will appear in as many shows/films as we will with Daredevil that isn’t a leader in some way. So this is definitely an exciting adventure, whether it’ll just be cameos or leading to a bigger storyline with Daredevil at the center of it.

I’m excited to see the Man Without Fear back in his rightful place within the MCU.