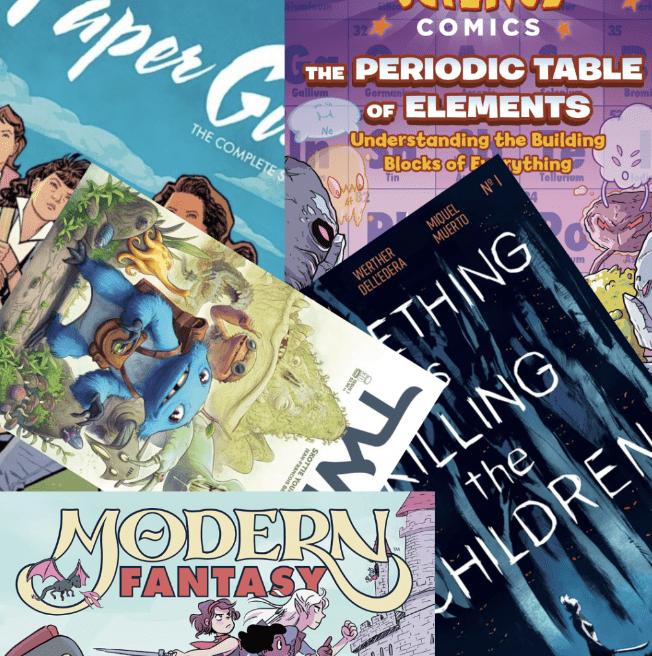 A Guide To Help New Readers

Are you new to the amazing world of comic books?  If so, you may be feeling a little overwhelmed looking into what to read. With so many titles and characters to choose from, I understand it can seem like a huge obstacle to enter into this wonderful hobby. This is the purpose of this weekly article series.

I want to introduce new readers of all ages and interests to this amazing community we call comic books. The community can only grow if we make the fandom accessible to new and old readers alike. So, I’ve made it my mission to expand this community with helpful tips and a little bit of positive energy sprinkled on top.

A Beginner’s Guide To Independent Comics

The superhero genre of comic books may not appeal to everyone. You may find the whole concept uninteresting altogether. But what if I told you that there is a whole other side to the comic book space? Independent creators and publishers are putting out quality artwork and stories more than ever before these days!

No matter what genre or format of media you enjoy, there is a comic book out there to go along with it. Everything from adult oriented horror and drama books, to kid friendly characters on magical adventures, there truly is something for everyone. In my character specific articles, I narrow my recommendations down to 3 options. This time, however, I wanted to give a broad variety of genres to appeal to everyone. So here are my top 5 independent comic book recommendations for first time readers!

Something Is Killing The Children

Since its release in 2019, Something Is Killing The Children has become an instant hit among the horror community. With its mixture of supernatural horror and classic slasher movie action, this series quickly became a fan favorite.

Children have been disappearing in the small town of Archer’s Peak. The few that are found are barely recognizable. Mangled and torn apart like some wild animal had gotten ahold of them. Or was it something else? As yet another group of kids goes missing, a young woman named Erica Slaughter shows up in town, and she seems to know more than she is letting on at first.

Just a quick warning to parents, this series is NOT kid friendly.

SHORTBOXED STEALS – Something is Killing the Children 1

Paper Girls is another series that saw wild acclaim and success upon release.  So much so that Prime Video has picked up the series for a live action adaptation coming this summer! With a total of only 30 issues, this is a great series for a weekend binge.

The morning after Halloween in 1988, 4 young girls are delivering papers along their route just like any other day. This is not an ordinary day. Unwittingly, the girls become caught in the middle of two warring factions of time travelers! Now they are on a quest through time to save the world, but along the way encounter past, present, and future versions of themselves. Now, on top of the fate of the world, they must decide to either reject the fates that have been foreseen, or embrace them.

What can I say about Twig? It is likely to be named one of the best comic book series of 2022 in my opinion. If you remember the films Dark Crystal or Labyrinth then this series will feel familiar to you. With fantastical artwork and a style of writing that feels like a breath of fresh air in the comic book community I can not understate how much I recommend this series. And at only 3 issues in so far, it’s a perfect series for new readers to pick up as it releases!

It’s the first day of Twig’s new job as a “Placeling”, and it’s off to a rocky start. Twig is running late! His job was inherited from his father, and his father, and his father before him. The completion of this task is vital to the survival of this and all other worlds out there. This is a story about the little guy. Someone who is scared and nervous and unsure of himself, and yet he has the courage and determination to keep pushing forward.

I would recommend this title for people ages 14 and up.

Okay this next series of comics is for the kids. One thing I have heard some parents say is that they don’t want their kids reading and seeing the violence and other adult themes in comic books. If that is the situation you find yourself in then I would highly recommend Science Comics.

This series is focused on teaching kids about science in a way they don’t even realize they are learning! Each book in the series focuses on one particular topic. These cover everything from marine and plant life to dinosaurs and volcanoes and everything in between. These are amazing choices for any young reader.

Fantasy lore meets the modern day city living in the unique spin on the fantasy comic genre. If you love stories about wizards, knights, and elves this is right up your alley, with a twist. Workplace humor mixed with an epic adventure to save the world, what’s not to love?

A young Ranger and her Dwarf roommate have to go on an adventure to save the world, while still making it to work on time. Modern Fantasy sends our heroes on a quest full of magic and wonder….along with a mafia and a cult! Can they save the world AND pay off their student loans? You’ll have to pick up this series to find out!

I hope everyone is enjoying reading this series of articles as much as I am writing them. If there is anything you would like me to go over please feel free to leave a comment below this article.

Maybe your request will inspire the next edition of this series!