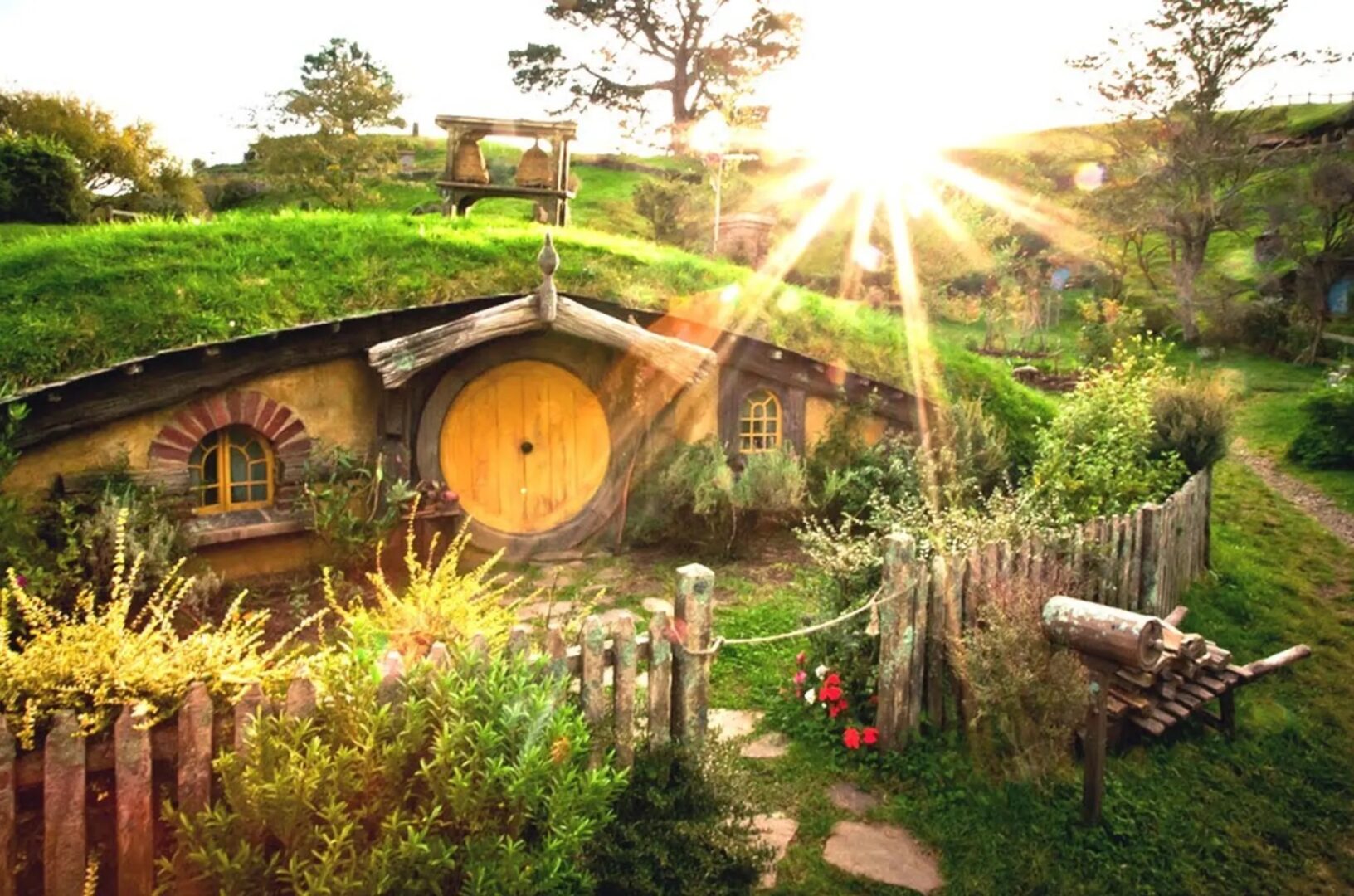 If you went back in time to 2001 and asked my 10-year-old self what my favorite series was, I would have said Harry Potter. If you asked me, “Well, do you like Lord of the Rings?” I would have responded with “Absolutely not!” and told you it was stinky and lame. Little did I know that Middle Earth would soon cast its spell on me.

Concerning Hobbits … and A Fan of Such Folk

I didn’t watch The Fellowship of the Ring until about a year after its initial 2001 release. Like many, my best friend had the biggest crush on Orlando Bloom and Legolas, while I suddenly became fascinated with Middle Earth itself. In the end, it kicked off a growing love for the entire franchise.

I was enamored with the scenery, especially the Shire, and desperately wanted to become immersed in a world of elves, dwarves, wizards, and hobbits. At one point, my Legolas-obsessed bestie lived near an area filled with immense amounts of green foliage and tall trees, and we declared it the Shire.

Every chance my parents were able to, they bought me physical copies of each soundtrack, and extended edition DVD’s of each movie in the trilogy. Eventually, I got my own copy of the books and had two bookmarks: One that could be unfolded to unveil a map of Middle Earth, and another that had the One Ring tied onto the tassel.

And remember those Noble Collection catalogs filled with nerdy memorabilia you could buy? I calculated the total cost of every Lord of the Rings item and tried to convince my parents to get them all. Spoiler Alert: …the total cost was just under $10,000 USD and I was quite unsuccessful with my parents.

Nevertheless, my love of the Lord of the Rings grew and grew, and to this day, it has become one of my all-time favorite franchises. And while The Hobbit trilogy wasn’t necessarily on the same level, they were still enjoyable and I learned to have an appreciation for them. But even the excitement for those movies came to an end in 2014.

The Return to Middle Earth

Fast forward to the present where just a week ago, a new streaming series on Prime Video premiered: The Lord of the Rings: The Rings of Power. I had the amazing opportunity to watch the first two episodes in theaters, and it was quite a thrilling experience. To see Middle Earth on the big screen again, to be introduced to new characters, strange mysteries, and exciting adventures.

The thing about the fantasy genre, though, is that it has always been locked in a box, preventing better representation in a fictional world. Many fans, myself included, always wondered why we could suspend our disbelief for dragons, wizards, and otherworldly beings. And yet, we couldn’t imagine someone who looked different from the norm in a fictional setting. So, you can imagine how much more worthwhile it was simply seeing so many new and different faces represented in such a massive world.

And that’s the beauty of fantasy that we’re now seeing in The Rings of Power. I will always love The Lord of the Rings films, and the wonder and imagination it gifted me. It is precious to me (no pun intended), so much so that it has become a holiday tradition to watch every movie before the New Year. But I am immensely grateful for a new and refreshing batch of characters and the perilous journeys that await them.

Changing the Course of the Future

With characters like Galadriel, Arondir the Silvan elf, and even the Dwarves and Harfoots, old fans are cheering for The Rings of Power while intrigue has sparked within new fans. It’s always difficult to find ourselves represented or seen in fantasy-based media, and even harder to feel welcome in the spaces of such fandoms. It warms my heart to see people like myself be able to enjoy a new chapter for an already beautiful franchise, knowing how far it has come.

If there is anything I’ve learned being part of the Lord of the Rings fandom, it’s that our inclusive and welcoming voices are louder than those who refuse progress. After all, as my favorite Obscure Lord of the Rings Fact Guy says, “You are all welcome here.”

‘Super League: The War for Football’ – Jeffrey Zimbalist on his new Docu-series