The Power of Marvel Unlimited

For many of us who were born prior to the 21st century, we grew up on physical copies of comic books. The only way to get comics (or movies, or any medium for that matter) was to go to a store or library and purchase or check out that particular issue in order to read the latest story from your favorite publisher about your favorite characters.

As we got into the 21st century however, technology boomed, which changed how we interacted with the world around us. One of those instances is digital reading. The year 2007 in particular was special because that was the year we were introduced to two life-changing products in this field: Amazon Kindles and Marvel Unlimited.

Since its release, many comics fans have used this app for many reasons. For others, this has changed the way that comics have played a role in their lives.

Below are some ways that Marvel Unlimited has impacted some of the creators for Nerd Initiative:

“I first got into Marvel in 2014 after accidentally seeing Captain America and The Winter Soldier in theaters. I fell in love with the MCU but whenever I wanted to try to get into comics I’d walk into a comic store and panic because I would have zero idea where to begin. There were hundreds of thousands of comics and I was completely overwhelmed so I stuck to the movies. As I developed a deeper love for Marvel and connections to characters, it started to feel more like a home to me than a franchise I really aspired to learn more about it. I found out about Marvel Unlimited through TikTok in 2019 and still use it today! At first glance, it may still be a little overwhelming as it’s filled with tons of amazing comics. However, once you look you can find it’s completely organized and you can search by author, character, issue, etc. I began with my favorite characters; Spider-Man and Iron Man and then found stories or characters that interested me and read them. Now before every phase four movie and show is released I go to Marvel Unlimited and read up on the character or group being introduced or the issue it’s based on so I can get a general idea of what I’m going into. Right now I’m almost finished with what they have of Ms. Marvel/Kamala Khan just in time for the show! I’ve learned a lot about my favorite franchise and characters thanks to Marvel Unlimited and it’s helped me appreciate Marvel more as a whole. I would’ve never been able to manage reading the comics without the App. I highly suggest this app for both old and new MCU and/or Marvel Comic fans!”

“My love for Marvel first began when Thor was released in theaters. I was in awe at the beautiful storyline and characters, and I was eager for more. As the years went on and with every Marvel film released, I wanted to know more in-depth about characters and their origin. Besides relying on researching on the internet, I felt like I needed a more accurate source. I knew nothing would be more accurate than the Marvel comics. With a tremendous number of comics available, I knew it would be nearly impossible and expensive to start buying them. When I was introduced to Marvel Unlimited, it was truly like a breath of fresh air. Being able to read any comic, at any time at the press of a button was exciting. As soon as I signed up for Marvel Unlimited, I began my quest to reading the stories of all the characters I’ve come to see on the big screen. This is truly the best resource for any fan, established or new to really get in tune with their favorite characters.”

“I was first introduced to comics by my uncle who had boxes and boxes of the Silver Age comics. The first ones I remember reading were Daredevil and the first issue of ‘The X-Men’, and they were instantly my favorite comics and characters.

As I got into high school, I got away from collecting and reading comics (and to my own regret, I got rid of my collection!). Around 2017, I learned about the Marvel Unlimited app and decided to give it a try, and of course, when I found out that they had the first issue of X-Men in their catalog, that was the first comic I read on the app and I got hooked immediately. 5 years later, that has led me to become an avid comic reader again but it helped me start a podcast about comics and pop culture and collect and read physical copies of comics again.”

“As a kid that got into comic books in the 90s and being in a single parent home, the luxury of being able to get an entire run of a comic was a fantasy. I can remember pulling out my comic stash and reading an issue and then contemplating what would happen next in the story. When I became an adult, I was able to subscribe to ComiXology, and for a time, I was able to read an entire saga: Civil War, Age of Ultron, the Guardians of the Galaxy, and the Superior Spider-Man stories were not enough, and were getting expensive. In 2015, I started buying the actual physical comics and that got too expensive. Finally, I discovered Marvel Unlimited and for the cost of a couple of issues, I have access to the vast library of Marvel content. This is what provided me the opportunity to delve deep into comic lore. It can feel overwhelming with the amount of content at your fingers, but honestly, the directory and recommendations from staff are really helpful. I highly recommend it to any new fan or person that wants to get deep in the Marvel mythos… or to finally stop fantasizing about what happened next in that story… look it up!”

Try Marvel Unlimited now, with a 50% discount on your first month! Use code SAVE50 at check out! 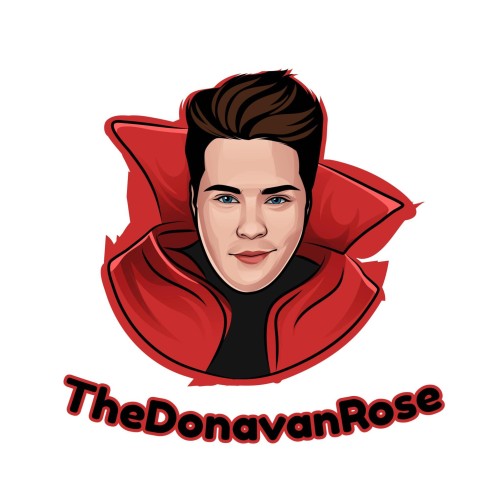 Donavan Rosehttp://thedonavanrose.com
Better known as “TheDonavanRose” on all social media, Donavan is a lifelong pop culture enthusiast, and avid TV & movie watcher. He’s binged over 200 shows from start to finish and is almost always watching something, even if it’s on the background! While he loves most genres, Marvel holds a special place in his heart. After growing up being bullied and unexpectedly losing his mom when he was eleven, Donavan found a lot of himself in characters like Peter Parker and Tony Stark. Ever since then he has felt like Marvel is more of a home, rather than a franchise. He takes his love of Marvel to the next level by owning an extensive Marvel collection with over 400 Funko Pops, replicas from the movies, and even a full-sized Marvel vs. Capcom arcade. He aspires to get those who are passionate about pop culture excited about the same things he is!