Feeling Seen: Why Shang-Chi and Ms. Marvel Mean The World To Me As An Asian-American 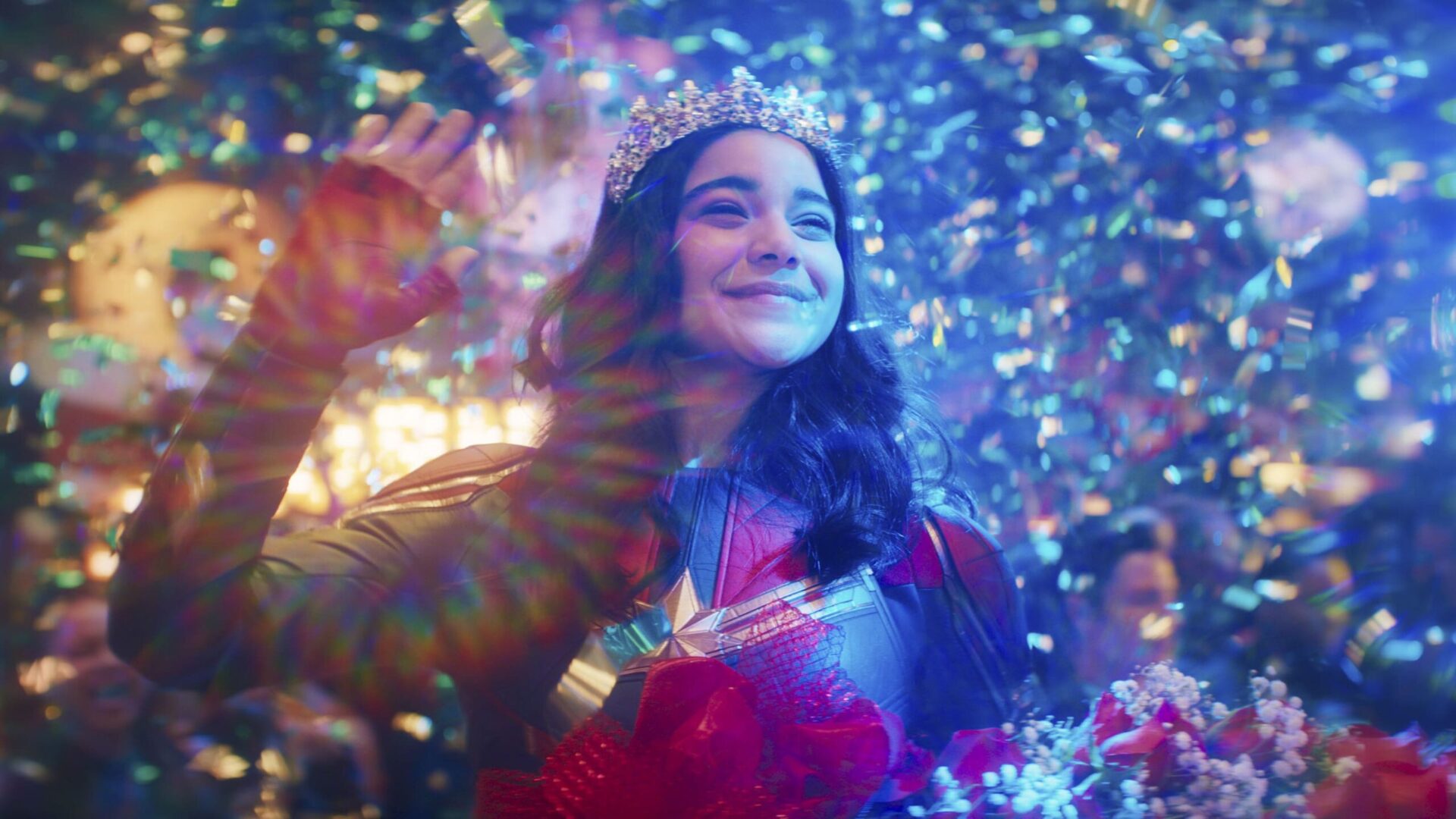 It’s safe to say that we have all heard the phrase “Representation Matters,” especially when discussing shows like Ms. Marvel and movies like The Eternals or Shang-Chi.

We all have heard it shouted from the rooftops to get more than just the generic lead in film and television. We want to lead, to save the world, to be in the spotlight. And in my personal experience and being Asian American, I don’t think that everyone understands what that phrase means or why “representation matters.” But I think it is important that people take the time to learn the “why” of it all.

So, let’s imagine one morning, you go grab some breakfast and sit down to eat. You find that one of your favorite YouTube channels has a new episode out and it’s about a movie you absolutely love and have a connection with. Five minutes into the video, you pause. Not because the video is bad, but because you have a sudden realization, an epiphany.

You realize whenever you watch this movie, whenever people have engaging discussions about it, whenever you listen to the soundtrack, you feel so much at once. Your heart swells, goosebumps appear on your arms, and your appreciation and love for this movie grows exponentially. You wish there was a way to take the entire movie and somehow frame it on your wall because that’s how much you love this movie.

You even go through every actor and actress’ filmography to see more of their work so you can try to support them further. And it’s all because of the connection you had, and the fact you felt your story and your experiences told so authentically within an already massive universe. That was me just a few mornings ago with regard to Shang-Chi and the Legend of the Ten Rings.

And while I know many will disagree, I’m not afraid to admit that ever since Shang-Chi released nearly a year ago, it has become my favorite Marvel Cinematic Universe project of all-time. I also see it as one of the better projects to have come out from the MCU. It twists martial arts styles into a graceful dance as we’re immersed into a breathtaking magical world but also ensures that its comedic moments are well-balanced with scenes that are heartbreaking and intense.

And then came along Ms. Marvel. With only 2 episodes out currently, I feel the same sensations as I did with Shang-Chi: The emotions, the goosebumps, the heart swelling. I am simply in awe of what Ms. Marvel has been able to bring to the table, and I’m certain there’s so much more to come. Between the animations that reflect the inner workings of Kamala’s mind, and the family dynamics and immense amount of representation of South Asian culture, it took me way back to my childhood and my teen years.

At this point, I am absolutely confident that by the time the finale airs, Ms. Marvel will be equally matched to Shang-Chi for me. There is something so unique and special about both Shang-Chi and Ms. Marvel that I know is just not understood by people who downplay both projects heavily.

Shang-Chi initially faced criticisms like not using enough martial arts, having poor CGI, and there were even comments that the magical elements didn’t make sense at the end of the movie. Ms. Marvel faces criticism in different ways but a portion of it involves the show being too childish, too much like a Disney Channel original show, and that it’s “not relatable enough.” But to all of those critiques, I always ask the question: Were you actually watching?

You can say that you saw that movie or say you’ve seen this show, but it’s different when you sit down and truly watch a piece of media. And when you watch both projects closely, it’s clear that Shang-Chi and Ms. Marvel explore and expand upon much deeper topics than just martial arts or high school woes.

They are both made in such a beautiful and unique fashion, speaking truthfully about the Asian diasporic experience, while also maintaining relatability to others outside the community. From the strained parent-child relationships to the discussion of religion and culture as well as family and traditional values, there is a much stronger impact that both pieces of media have on its audience. Meanwhile, people who look like us and share our personal experiences are now on the screen, and we’re no longer just in the background.

It has all led to the experience of Asians who were born and raised in North America being explored in more ways than we ever thought possible. We are collectively unleashing tears of grief and trauma, but also tears of happiness and relief. I can immediately turn to my husband in the middle of a movie and discuss our shared experiences as Asian Americans. I can turn to a friend from Canada at a book tour and giggle over a moment of courtesy that just occurred but is common in Asian households. I can talk to my non-Asian best friend who can now see a glimpse into what it’s like growing up Asian and living life now as an adult. They are small moments that happen more frequently now because of the representation shown in media like Shang-Chi and Ms. Marvel.

It’s why there is also so much noise from the Asian community over media like Domee Shi’s Turning Red, The Daniels’ Everything Everywhere All At Once, Mindy Kaling’s Never Have I Ever, and Jon M. Chu’s Crazy Rich Asians. I watched my parents become excited and gleeful when they saw a South Asian actor on the screen, even if they had only a minute of screen time.

Now, I get to see Asians of different backgrounds take the lead and be the romantic interest, or to be the hero and save the day. The daydreams I had of seeing someone who looked like me being in those roles are now a reality. I, too, am excited and gleeful because I get characters like Shang-Chi and Ms. Marvel who speak to me. Both my heart and soul are on fire because now, I feel seen.