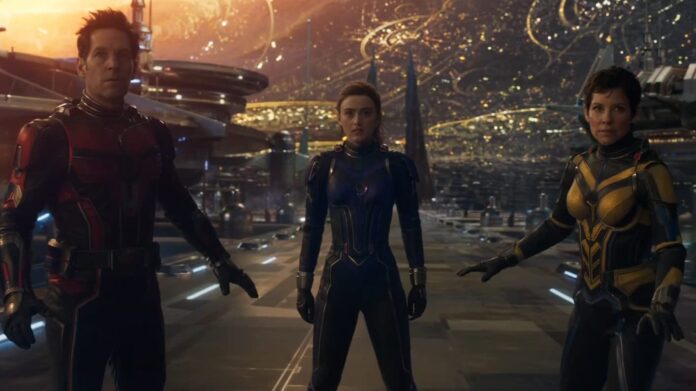 With the start of 2023, there’s so much to look forward to when it comes to comic book movies. DC Studios will be ushering in a new cinematic universe under the helm of James Gunn and Peter Safran; MCU Phase 5 will kick off, and so much more. So I put together a list of my top 5 anticipated movies to watch this year.

If you know me, I’m a huge Teenage Mutant Ninja Turtles fan. I may not be caught up on all of the recent animated shows or movies, but that’s not because of a lack of interest. This has been a property that I’ve grown up with (quite literally since it was created in the same decade I was born), and I’ve always loved anything associated with the heroes-in-a-half-shell. There’s been a lot of buzz about the movie as well as a lot of hype as many people have high expectations for the film, even though not much has been revealed about it to date.

My only hesitation about the movie is that it is being produced by Seth Rogen. I know there are a lot of Seth Rogen fans out there. I was in high school and college when Seth Rogen became a popular actor, so I watched a lot of his properties. I’m just not a fan of his work. Don’t get me wrong – he seems like a genuinely nice guy and I don’t have any ill-feelings towards him as a person. I just haven’t enjoyed a lot of what he’s been involved with (and before you come at me, yes, I know he created/produced properties such as Sausage Party and The Boys. Guess what? I am barely able to sit through those, so my opinion hasn’t changed on that).

But that said, I’m always willing to give it a chance when it comes to my favorite four ninja brothers, and maybe he’ll surprise me with this movie. That is why it’s still on my list, albeit at the bottom of the top 5 list. By the way, if you want to read an article that has a really positive outlook on this movie, you should check out this Nerd Initiative article by Mickey Smith.

Although Warner Bros Discovery has axed a lot of DC Comics movie that were in production or green lit, such as Batgirl and the unnamed Batman movie that was more than likely supposed to be a Batman Beyond film, Blue Beetle has still made the cut and will be released this year.

I’m excited for this movie for a number of reasons. This will be one of the first latino superheroes from DC Comics that will be starring in his own film. But I think what makes me most excited is that this one of the characters I know very little about. When that happens, it’s nice to be able to go in without any preconceived expectations of the film or character.

#3 – Aquaman And The Lost Kingdom

So here’s the deal – Aquaman wasn’t my favorite movie. It was average with some great and not-so-great moments as a film. Overall I liked it, though. And I think Jason Momoa has done an amazing job changing the traditional outlook that comic and casual fans have of the character by making him appear to be a more formidable and kick-ass hero that doesn’t come across as a joke.

So why did this movie make my #3 spot? Because although the first movie was average at best, this will more than likely be the last time that Jason Momoa will play Arthur Curry in the cinematic version of the DC character. This will also be the last movie of the DC Entertainment Universe (DCEU) and any movie after Aquaman And The Lost Kingdom will be part of the new DC Studios cinematic universe (whatever it will be called) under Gunn and Safran. Whether you enjoyed the DCEU or not, this will definitely be an end of an era that will be momentous for so many people.

Aquaman And The Lost Kingdom is expected to release December 25th, 2023.

#2 Spider-Man: Across The Spider-Verse

Arguably one of the best animated movies in the 21st-century so far, Spider-Man: Into The Spider-Verse was received with high praise for its animation and storytelling, and found huge financial success earning $384.3 million worldwide. With the sequel coming out 5 years after the release of the first movie due to a number of factors, Spider-Man: Across The Spider-Verse is probably one of the most anticipated movies of the year.

Given that Sony doesn’t seem to be able to do well with their Spider-Man properties in general (I’m looking at you, Venom and Morbius), this movie series has been a pleasant surprise with having a new Spider-Man story to tell that we haven’t seen on the big screen before, a star-studded cast, and a bigger Spider-hero world for us to dive into with the endless possibilities of who could show up in this movie.

Spider-Man: Across The Spider-Verse

I think this is at the top of almost any comic book movie fan’s list of anticipated movies for the year. This is the film that will be kicking off Phase 5 for the MCU, and we see the return of some of our most beloved characters such as Scott Lang, Hope Van Dyne, and He Who Remains from the Loki series, who will be officially introduced as Kang the Conqueror.

As much as I love Paul Rudd as Scott Lang in the MCU, I’ll admit that the Ant-Man movies have been more of a “lot of fun to watch” movie than it is a “I gotta watch it”. But I absolutely love how they are using this team of Ant-Man heroes to not only kick off the next phase of the MCU but to introduce the next Thanos-level villain in the movies. I love the idea that the hero that is undoubtedly one of the smallest in comparison in the MCU (pun intended) is going to be the biggest event in the next phase, which is how the director, Peyton Reed, wanted it to be. This gives the impression that even the most overlooked hero can make a huge difference in the most popular movie series of the 21st century.

Ant-Man And The Wasp: Quantumania is expected to release February 17th, 2023.