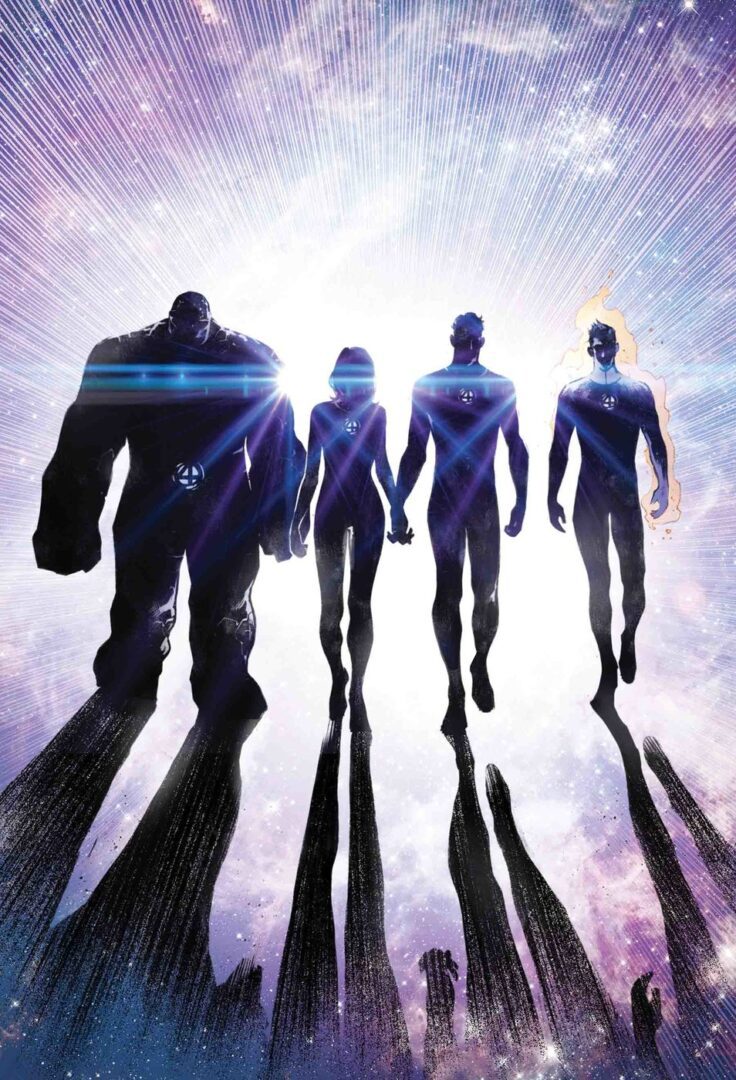 Are you new to the amazing world of comic books?  If so, you may be feeling a little overwhelmed looking into what to read. With so many titles and characters to choose from, I understand that it can seem like a huge barrier to enter into this wonderful hobby. This is the purpose of this weekly article series.

A Beginner’s Guide To The Fantastic Four

During the late 1950s and early 1960s, DC (then known as National Comics) were outselling all their major competition. This success stemmed, primarily, from the Justice League of America series. In response, Stan Lee and Jack Kirby created their own team of super heroes to compete with the JLA. This new team would be more “relatable to the average joe” according to Lee. So in 1961, the Fantastic Four would make their debut for Marvel Comics.

The Fantastic Four are credited with ushering in a new level of realism and relatability to comics. Instead of the billionaires with unlimited resources or the super powered god-like beings from other planets, these heroes were regular people that had been suddenly thrust into extraordinary circumstances. If you are looking to read Fantastic Four stories for the very first time, then this article is just for you. These are my top 3 recommendations for first time comic book readers to learn about the Fantastic Four.

This one-shot comic book is a retelling of the origin story of Marvel’s “First Family”. With modernized story elements and spectacular, painted artwork from Paolo Rivera, this is a must read for the modern new comic book reader. With all of these updates, Jenkins and Rivera have managed to stay true to the details of how the Fantastic Four became the super powered team we all know today.

While in space testing a new experimental shuttle, the group is hit by intense solar radiation. After a close escape and making it back to Earth, the researchers are taken to the hospital for treatment. It is while at the hospital that their new powers begin to manifest themselves. This is the birth of The Fantastic Four.

The original series that started it all. 1961’s Fantastic Four run lasted all the way up until the late 80s. While the artwork and writing style may feel a bit dated to some, there is no substitute for the original telling of these classic heroes. Spanning well over 400 issues, the original run of the Fantastic Four is a testament to creativity and storytelling at its finest.

If you’re worried about trying to track down the old single issues, have no fear. The entire series of comics is available on the Marvel Unlimited app. This is the origin series of many of the well known heroes and villains of the Marvel Universe. See how Doctor Doom became the mad ruler of Latveria. Discover the origins of the Silver Surfer and Galactus. Enjoy these classic stories all over again, or for the very first time!

This is a short series of 6 comics that have since been collected into one book called Fantastic Four: Life Story. The series was written in honor of the FF 60th anniversary. Each issue covers their major plot points during each decade. If you’re looking for a crash course in Fantastic Four story points, but don’t want to read hundreds of comics to catch up? This is the series for you!

From the early years of the Space Race to the chaotic times of the 2000s, Fantastic Four: Life Story offers an overview, at a glance, of the history of Marvel’s “First Family”. From the moment they gained their powers, though meeting their greatest foes and teaming with other heroes this comic covers it all. For new readers, it lets you get up to speed on what the Fantastic Four has done over the decades since their original creation.

Next week we will be looking back at DC Comics for another classic character. The last time this series took a look at DC, we gave you some outstanding Batman recommendations. For the next, we’ll cover another all-time great from the DC Universe. A man….made of steel.