Live Streamers Vs. Content Creators – Who Has it Harder? 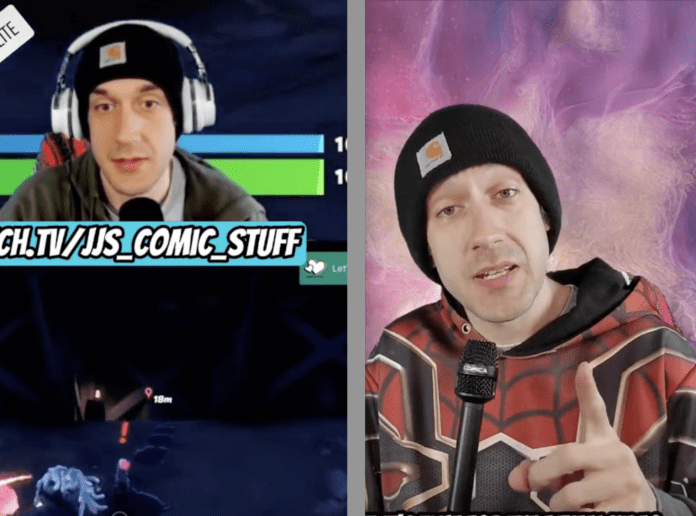 Let’s Have A Conversation

There is a repeating conversation I have been seeing on social media recently. The whole conversation seems to stem from one question. Who has it harder? Live streamers on platforms such as Twitch or YouTube, or general content creators in spaces like TikTok or Instagram.

There is one question, however, that I feel is not being asked enough. Why are the two considered to be so vastly different than each other? Sure, it’s much “easier” in terms of discoverability on say TikTok rather than streaming on Twitch. But does that really mean TikTok is easier for creators?

There also seems to be some kind of suggestion that streamers are not “content creators” and thus, have different parameters as far as how hard they have to work to grow on their chosen platform. So let’s talk about it in a constructive way.

For those that don’t know the difference, here’s a visual.

In my opinion, live streamers are indeed content creators, and I’ll explain why I think this is true. First of all, let’s look at the term itself, “Content Creator.” If we break it down to the simple meaning, it’s a person or group of people, who create some kind of media (media meaning videos, images, live broadcasts etc.) for other people to then consume and enjoy. That’s it. The media being produced is the content, regardless if it’s coming from a pre recorded video or a live stream, it’s still “content.”

Now that we have that most simple explanation on what a content creator actually is, lets talk about the big question everyone IS currently asking.

Does Either Have It Harder?

First and foremost let’s just put the simple honest truth out there in the open. Nothing about being a creator, live or otherwise, is easy. In order to grow you have to be consistent, creative, constantly adapting to algorithms and consumer attention spans. On top of that, you have to make yourself stand out from a crowd of literally millions of other people trying to do the exact same thing you are. Nothing about this is what i would personally consider easy.

One argument I have seen from streamers who say it’s more difficult for them is that their content is live and is dependent on interaction and entertainment in real time. Nothing they do is pre-recorded, so they are always at risk at any time.

Then the people who are on TikTok say the same. They go live for our followers as well. We have to deal with the same things when they are live there. On top of that TikTok videos stay online for longer periods, so at any time any video can still be flagged or reported.

Then the argument over tech issues arises. How streamers can miss an entire scheduled stream due to an OBS crash or system update. The same can be said for TikTok creators and other short form video makers. If the app you’re trying to post to is having issues (which happens a lot on TikTok especially) then their content just wont get posted at all.

I’m going to point out the fact that if you are getting into content creation or live streaming, just because you want to make money doing it then be prepared for a long road. Very few on either side every end up making an actual living off the platforms, let alone the extravagant lifestyle you see with the big name content creators online.

That being said, every platform has it’s ways to monetize your content, and none of them pay the small creators what they should. In order to make any kind of real money on social media, it’s mostly through sponsorships, subscriptions and donations from followers, or some kind of brand deal with a major company outside of the platform they post to.

Only the top percent of creators every make it close to the status of the Paul brothers or Ninja, just to name a few.

Live Streamer or Content Creator, whichever you call yourself, is a full-time, all the time grind that is year round and never stops. You can’t go into doing either without being prepared to work extreamly hard, learn multiple new skills, and invest your own money into producing content. Those are jsut simple facts.

It’s going to be a slow process. You’re going to encounter numerous people who want to either take advantage of you or to see you fail. There are trolls, bots accounts, hackers, doxers, bullies, toxic fan bases, the list goes on.

Get into creating content for the love and fun of actually being creative and meeting new people. Network with other small creators to help grow both your communities. Reach out to every new follower and respond to as many comments as you can.

Either direction you choose whether its live or not, make sure you are having fun with it first and the rest will come on it’s own.

As always everyone and until next be safe, be kind, and take it easy.

How to Know What Opportunities are Worth it for Content Creators and Which are Not?