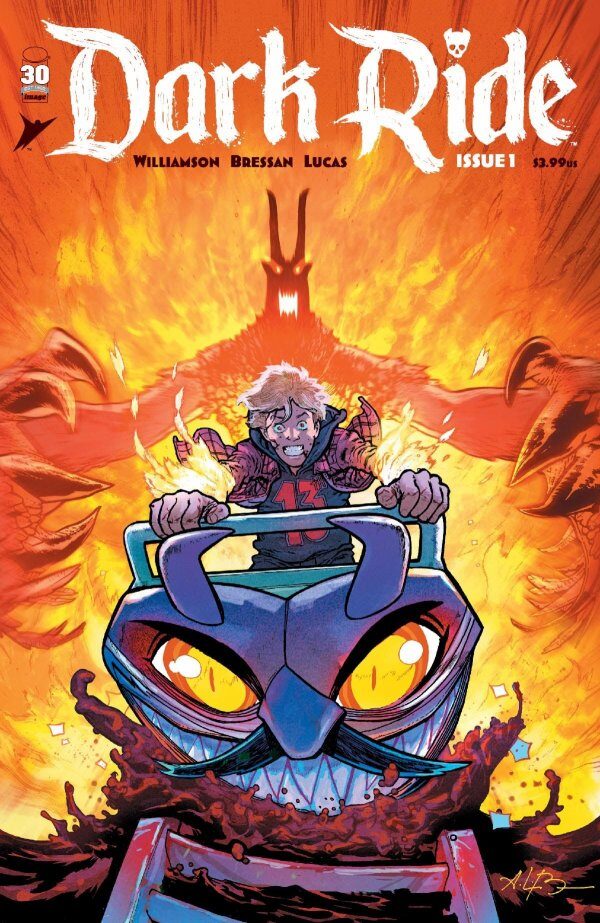 It’s officially spooky season! That means Halloween decoration, fall colors, and horror movie nights. And don’t think that comic book creators stay out of the fun either. There are some great new horror comic runs coming out this month, let me show you my top 3 picks!

The world’s greatest horror themed amusement park known as Devil Land has been home to the scariest ride of all time called The Devil’s Due. When lifelong fan and new park employee Owen Seasons start’s his first day on the job, he discovers there are far greater horrors going on behind the scenes. His dream job is about to turn into an unholy nightmare.

Check out Dark Ride #1, which is hitting comic store shelves on October 5th.

Two airport employees, Abigail and Mac, are snowed in during a blizzard. While stuck inside the building, they are witness to a horrific plane crash. Upon pulling the survivor from the the wreckage of the aircraft, they realize both the plane and it’s pilot have been missing for nearly 30 years!

As if that wasn’t crazy enough, bad weather and missing planes are not the only things the blizzard brought along for the ride.

The Approach #1 is blowing into a comic book store near you on October 12th.

When the local mall Penn Mills Galleria is scheduled to be demolished, five teens decide to do some exploring before the building is taken down. The old mall has been abandoned for years, but that doesn’t mean it’s been empty. What began as just five friends doing some exploring, turns into a battle against a cosmic horror that wants them to become permanent residents.

Dead Mall #1 will be available at your local comic book shop on October 26th, just in time for Halloween!

What Horror Comics Are You excited For?

We are always looking to hear what our readers are reading and watching. Feel free to leave come comments on what you’re reading or what you would like to see us do a story about next!

Until next time my friends be safe, be kind, and take it easy!